"People in 30% of stadiums since July in La Liga" 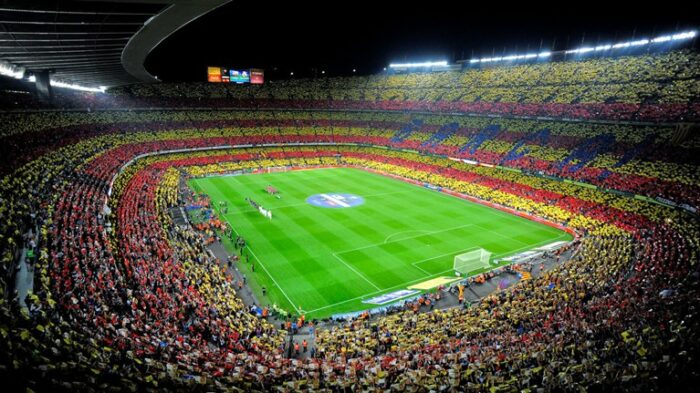 The Prime Minister of Spain, Pedro Sanchez, has openly argued that it is unfair for other teams to have people on the field and others not, based on the incidence rate in each region, but in the end it seems that there are second thoughts.

The authoritative radio station "Cope" cites government sources and states that people are expected to return to La Liga stadiums from July. In fact, this will be done based on the capacity of each stadium, with 30% of tickets available to the public.

"People's attendance at professional football and basketball events will be monitored by the Supreme Sports Council (CSD), in cooperation with the organizing authority and the prefectures," a reporter told Cope radio station.

Welcoming the work of the 11th International Conference on "The demographic challenge, the role of large families and the future of Europe" will address ...
Read more
984

Angela Merkel in Athens at the end of October

Our country will be visited for the last time as Chancellor of Germany, Angela Merkel, who accepted the invitation of Prime Minister Kyriakos Mitsotakis. THE...
Read more
GREECE

A large quantity of Indian hemp, 256 kilos, was confiscated after a police chase on the shores of Thesprotia yesterday at noon, while two arrests were made. In particular, in the context of ...
Read more
984

K. Hatzidakis: There is a significant increase in the minimum wage in 2022

The Minister of Labor and Social Affairs, Kostis Hatzidakis, spoke on ANT1 television about the new NSRF which will be presented in the coming ...
Read more
News Bulletin Athens 9.84

Coronavirus: 98.050 checks and 8 arrests for breach of sanitary measures

Intensive checks are carried out throughout the country by the Hellenic Police Services to implement measures to prevent and limit the spread of ...
Read more
IT HAPPENS IN ATHENS

October 17, World Poverty Day, is dedicated to the struggle of all those who find it difficult to cope in their daily lives. THE...
Read more

October 17, World Poverty Day, is dedicated to the struggle of all those who find it difficult to cope in their daily lives. THE...
Read more
IT HAPPENS IN ATHENS

The residents of the area of ​​Patissia remain on foot after the demolition, three weeks ago, of a listed building on the Drakopoulou estate by the owner of ...
Read more
IT HAPPENS IN ATHENS

The measure of the "Clean Ring" in the center of Athens comes into force on October 25. As decided at an inter-ministerial meeting under the Minister of State, ...
Read more