CAA: Ban on flights of Belarusian companies to Greece - Which are allowed 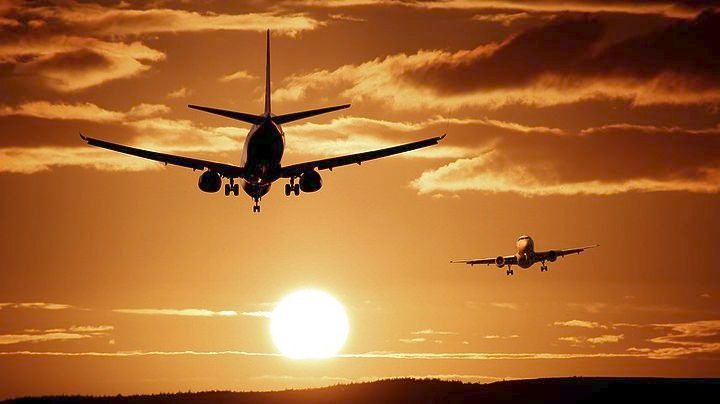 Flights to Greece of Belarusian airlines are prohibited in accordance with the Civil Aviation Authority (NOTA) aviation directive (NOTAM).

In particular, it is provided:

(a) a ban on Belarusian airlines flying over Greek airspace and landing at Greek airports; and

b) Greek airlines are instructed to avoid the Minsk (Belarus) FIR for their flights.

The Aviation Directive does not apply in case of forced landing or forced air transit and in case the landing / take-off or air transit is necessary for humanitarian purposes.

Switzerland: First possible case of Omicron variant in a traveler from South Africa

Swiss authorities announced tonight that they have identified a "possible first case" of the Omicron variant in Switzerland, in a traveler who returned from ...
Read more
COVID-19

France: Eight possible cases of the Omicron variant have been identified

The French Ministry of Health announced tonight that it has identified eight possible cases of the Omicron variant across the country. According to the announcement, the patients ...
Read more
News Bulletin Athens 9.84

Singer Christiana passed away at the age of 68. Christiana, a singer who had left an era with her amazing voice, the ...
Read more
CIVILIZATION

Singer Christiana has died at the age of 68. The famous singer lost the battle with cancer, while in recent years she suffered from Alzheimer's. THE...
Read more
984

Omicron variant spreads - It will take time for scientists to understand how serious it is, warns WHO

The Omicron variant has spread to other countries today, with the detection or confirmation of cases in the Netherlands, Denmark and Australia, while ...
Read more
COVID-19

The eurozone is better equipped to face the economic consequences of the new wave of Covid-19 or the Omicron variant, the president said tonight ...
Read more

Municipality of Athens: In Exarchia, the Sunday cleaning company

The area of ​​Exarcheia was today at the center of the cleaning and disinfection operation, by the competent teams of the Municipality of Athens, in the context of Sunday ...
Read more
984

Early in the early morning with the installation of the first construction site, the works of the radical renovation of one of the most central avenues of Athens, of ...
Read more
CIVILIZATION

The Christmas Factory: The largest Christmas village opened its doors in Technopolis

The happiest and safest Christmas park in the city opened its doors in the Technopolis of the Municipality of Athens. The Christmas Factory, the largest, safest and ...
Read more
IT HAPPENS IN ATHENS

The Municipality of Athens distributes 350 tons of food to 25.610 needy people

The Municipality of Athens, implementing a wide network of actions, has opened the umbrella of social solidarity, giving valuable "breath" to thousands of households that find it difficult to ...
Read more
IT HAPPENS IN ATHENS

The planning of the municipality of Halandri for the integration of the ancient Aqueduct into the daily life of the citizens is being implemented step by step and thus to be a "living" element ...
Read more