Covid-19: Relaxation of measures in France and Japan - Brazil in front of 3rd wave 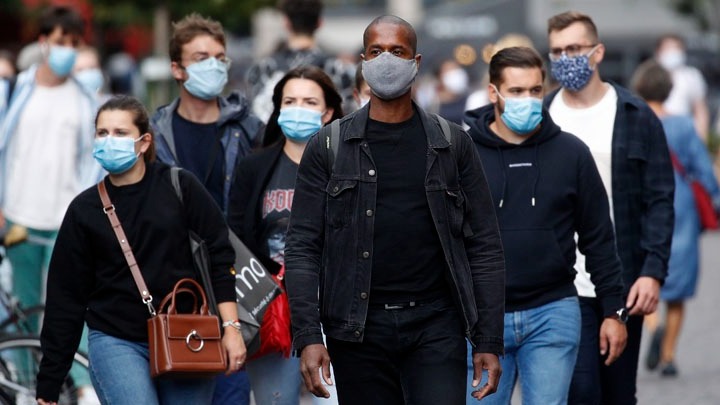 The green renovation of the "lower" Syntagma square

Syntagma Square is the urban geometric place on the borders of the ancient city and in the center of modern Athens. It leads us through Ermou ...
Read more
PLUSATHINA

Summer, child and city. A difficult combination? In the Municipality of Athens, not so much! Creative, participatory, educational, artistic and very enjoyable are the programs that ...
Read more
PLUSATHINA

With a pavilion inspired by the meeting of Oedipus with the Sphinx, the Prefecture of Boeotia displays the Archaeological Museum of Thebes on its pedestrian street ...

The Prefecture of Boeotia promotes the Archaeological Museum of Thebes in the center of Athens! The Region of Central Greece - Regional Unit of Viotia, in collaboration with the Ephorate ...
Read more
PLUSATHINA

The INNOVATHENS training program for July

INNOVATHENS, the hub of innovation and entrepreneurship of the Technopolis of the Municipality of Athens, presents for the month of July a specially designed program of workshops, adapted to the trends ...
Read more
984

The renovation of the emblematic Theater Square begins

The tender procedures for the radical renovation of the historic and emblematic Theater Square, behind the City Hall of Athens, begin. The budget project ...
Read more

Unrestricted exits to France, lifting of the state of emergency in Japan: some countries are now easing their measures against Covid-19 due to health improvements, a far-reaching prospect in Brazil that has exceeded 500.000 deaths and where a third wave of the epidemic seems to lurk.

China, for its part, has already given more than a billion doses of vaccine against Covid, the country's health ministry said today, without specifying the percentage of the population that has been fully vaccinated. That number represents more than a third of the number of doses disbursed worldwide, or 2,5 billion, according to an AFP count on Friday, based on official sources.

Three days after the end of the obligation to use the mask outdoors, the French find an almost normal life again, with the lifting of the traffic ban, which was imposed 8 months ago, thanks to the reduction of infections.

Other countries, including Germany or Spain, are moving towards a phasing out of mask use.

In Japan, more than a month before the Olympics (July 23-August 8), a state of emergency was declared today in Tokyo and eight other areas, but restrictions remain in place.

Bars and restaurants will be allowed to sell alcohol again until 19.00, but will have to close at 20.00.

In Brazil, which became the second country in the world yesterday after the United States exceeded the limit of 500.000 deaths from Covid-19, the recent increase in daily deaths confirms the arrival of a third wave.

This week, the weekly average of daily deaths exceeded 2000 for the first time since May 10, in this country of 212 million.

The situation is critical in 19 of Brazil's 27 states, with more than 80% occupancy in ICU beds and 90% in eight of them.

The vaccination campaign in Brazil started late in mid-January and only 29% of the population has received at least one dose and 11,36% have been fully vaccinated.

In China, on the other hand, where the virus has been almost extinct for a year, thanks to mandatory quarantines, mass testing or mobile phone control applications, authorities continue to push residents to be vaccinated, insisting on national solidarity and their duty as citizens.

The country of 1,4 billion inhabitants recorded just 23 new cases in a period of 24 hours, all from abroad and have been quarantined.

Alexis Tsipras in Mytilene on Monday

The General Secretariat of Civil Protection sent a message through 112 to evacuate the area of ​​Gatzia Epidaurus due to a forest fire that has broken out. The residents...
Read more
ECONOMY

Payments of 2,5 billion euros from the Ministry of Labor, e-EFKA and OAED by July 30

About 2,5 billion euros to 5,6 million beneficiaries will be paid from 26 to 30 July, according to the planning of the Ministry of Labor and Social ...
Read more
News Bulletin Athens 9.84

The General Secretariat of Civil Protection sent a message through 112 to evacuate the area of ​​Gatzia Epidaurus due to a forest fire that has broken out. The residents...
Read more
WORLD

Afghanistan: Twenty-two thousand families flee their homes due to fighting in Kandahar

About 22.000 families have been forced to flee their homes due to fighting in the suburbs of Kandahar, the large city of southern Afghanistan, the cradle of ...
Read more
GREECE

The missing couple is finally healthy and in good health, for the location of which an operation of the Coast Guard was in progress since yesterday ...
Read more
News Bulletin Athens 9.84

1.553 new cases of coronavirus were recently announced by EODY. The number of patients treated by intubation is 134. The new deaths of patients with ...
Read more

Of the 25 extraditions that took place for the episodes that took place last night, in Syntagma, in a gathering of anti-vaccinators, 4 were turned into arrests, ...
Read more
IT HAPPENS IN ATHENS

Gazi is being transformed into a standard square for recycling

The square in Gazi, apart from being an entertainment and recreation center of Athens for young people and those who feel young, is being transformed into a model square in the part ...
Read more
IT HAPPENS IN ATHENS

Twenty-five episodes for the episodes in the Constitution

ELAS proceeded with 25 arrests for the episodes that took place at night, in a gathering, in Syntagma, according to what it mentions in the relevant announcement ...
Read more
IT HAPPENS IN ATHENS

A strong explosion occurred at 22.36 on 5 Kapostriou Street in Vari, where the headquarters of a well-known fuel and oil company are housed. From the explosion ...
Read more
IT HAPPENS IN ATHENS

Episodes in the concentration of vaccinators in the Constitution

Episodes occurred earlier in Syntagma Square during a gathering of anti-vaccines. A group of people started throwing objects and flares against the police forces in front of Amalias Avenue ...
Read more