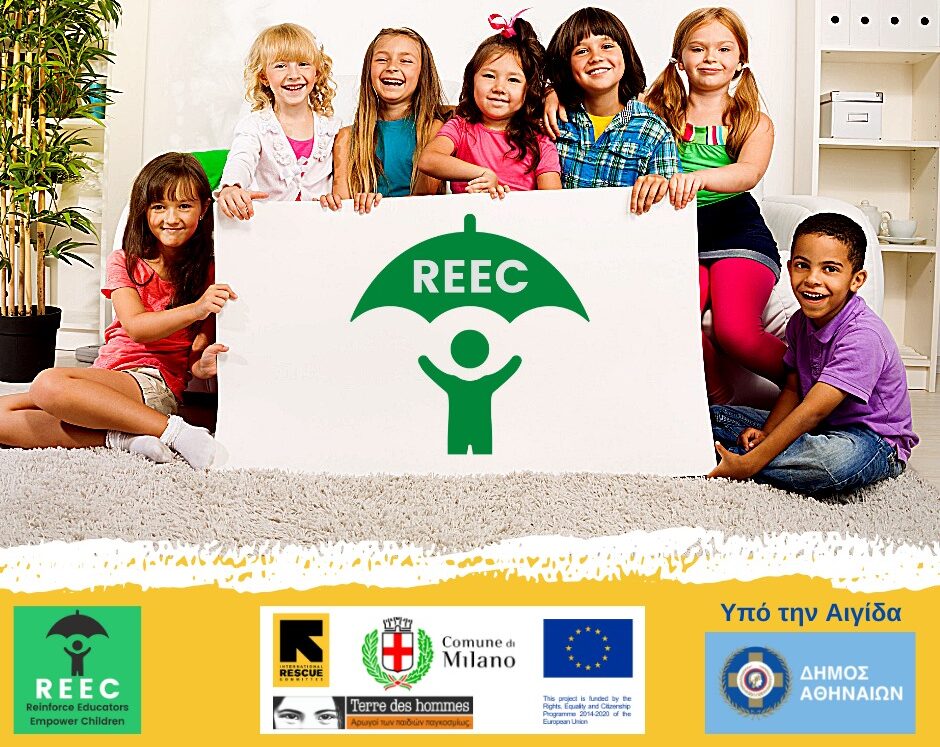 In order to prevent and deal with child abuse, the implementation of a special program of Terre des hommes Hellas in the kindergartens of the municipality of Athens.

This is the transnational program «Reinforce Educators: Empower Children (REEC)» to prevent child abuse in pre-school and primary education, which includes the training of professionals and the empowerment of children themselves. Its aim is to protect against any form of abuse as well as to promote the favorable development of children in a protective environment, through the partnership of schools, parents / guardians and child protection services in the community.

"The program, which will be implemented in the kindergartens of the Municipality of Athens from September 2021, is funded by the European Union. International Rescue Committee and the Municipality of Milan.  It was a proposal we submitted immediately after the start of the program Keeping Children Safe in Sports in the European Union seeing the positive response of the citizens to it ", he says in Athens 9.84, η Head of advocacy for vulnerable groups and communication of Terre des hommes in Greece, Melina Spathari.

"This is a similar program to Keeping Children Safe in Sports adapted to its design for the kindergarten and school environment. "Training seminars for teachers and kindergarten teachers will be held so that they can identify incidents of abuse or the behavior of a potential abuser and adequately respond to any concerns that a child is being abused in their home."

Regarding the empowerment of children, Ms. Spathari emphasizes: "Because we believe that the child's own involvement in issues that affect his life is essential. With a series of self-protection exercises, we teach children to recognize the good from the bad touch and the parts of the body that are allowed to one leans. "They learn to distinguish good from bad 'secret', they are also trained to be able to respond to abusive behavior".

The response of the Municipality of Athens is immediate and supportive

"The proposal for the implementation of this program in the EU was submitted together with the Municipality of Milan and the International Rescue Committee (IRC), which operates in Greece. When in May we made the necessary meetings with the municipality of Athens, we met a very positive response. So from next September we start the implementation of the program. The beginning is made with the kindergartens and we will see in which other structures, that concern the children, we will be able to apply it. It is very important to us that he the mayor of Athens considered the work very remarkable, embraced it and put it under its auspices, he points out Mrs. Spathari.

Angela Merkel in Athens at the end of October

Our country will be visited for the last time as Chancellor of Germany, Angela Merkel, who accepted the invitation of Prime Minister Kyriakos Mitsotakis. THE...
Read more
GREECE

From unaccompanied minor mentors with the Ministry of Immigration

Hady Mohebbi started as an unaccompanied teenager from Afghanistan to come to Greece and five years after this long journey he is studying ...
Read more
News Bulletin Athens 9.84

According to the government spokesman, Giannis Oikonomou, the government is launching immediate compensations and targeted actions for those affected by the bad weather "Ballos" ...
Read more
GREECE

In an information day in Alepochori for dealing with floods, Chr. Stylianidis

The Minister of Climate Crisis and Civil Protection, Christos Stylianidis, went to Alepochori today, together with the Deputy Minister, Evangelos Tournas, as well as his Leader ...
Read more
News Bulletin Athens 9.84

Great Britain: At the forefront is the security of MPs after the assassination of Ames

Britain is considering a number of options to boost MPs' safety after a member of parliament was stabbed to death during a meeting with voters, he said ...
Read more
984

The next government moves to be precise - Interventions in two directions

The government is trying to spread a safety net that will cover most of the households in its effort to mitigate the effects of ...
Read more

The measure of the "Clean Ring" in the center of Athens comes into force on October 25. As decided at an inter-ministerial meeting under the Minister of State, ...
Read more
IT HAPPENS IN ATHENS

In a city where at least 40% of the inhabitants rent a house, the issue of the rapid increase of rents is definitely a headache for many ...
Read more
NEWS

The rainfall in Attica from the bad weather "Ballos" was strong, causing a multitude of problems in the city of Athens. According to the records of the network of automatic ...
Read more