The meeting of the Prime Minister Kyriakos Mitsotakis with the Istanbul Mayor Ekrem Imamoglou and Athens Mayor Costas Bakoyannis, a meeting that will mark the mood of a possible four-day meeting between the Greek Prime Minister and Turkish President Tayyip Erdogan in the coming days at the UN headquarters.

The Mayor of Istanbul is paying a two-day visit to Athens in return for the visit of the Mayor of Athens last May, when the two mayors had signed, in a warm atmosphere, a memorandum of understanding and cooperation in the fields of culture and tourism.

Mr. Imamoglou is at the City Hall of Athens where he is currently meeting with his counterpart Kostas Bakoyannis and noon will visit the Prime Minister together at the Maximos Palace. 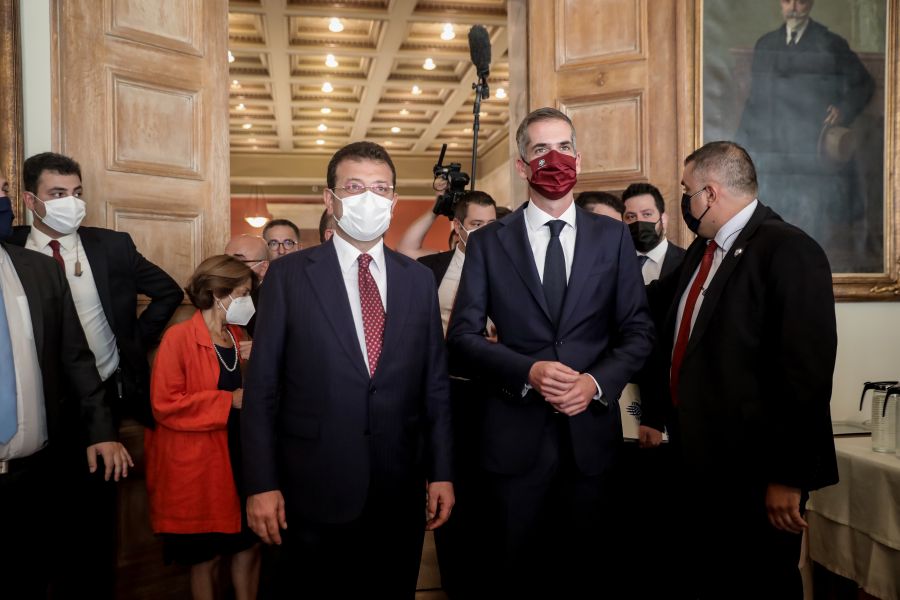 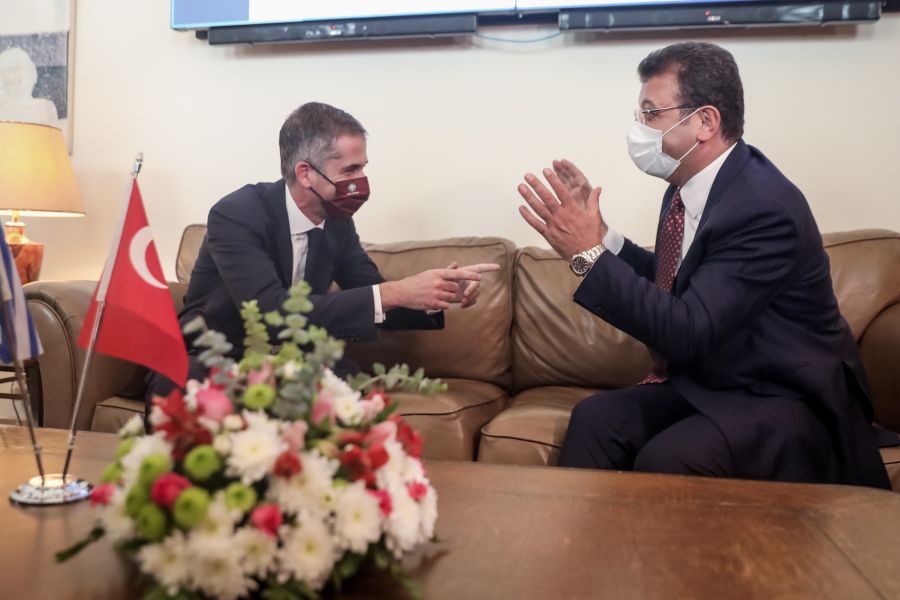 The talks between the two mayors will be followed by joint statements to the press.

According to the program at 13:00, the two mayors will visit the Maximos Palace, where they will be received in a half-hour meeting by Prime Minister Kyriakos Mitsotakis. In the afternoon, the mayor of Athens will accompany Mr. Imamoglou on a tour of the Archaeological site of the Acropolis, while at 21:00 they will visit the Herodion to watch the play Monica Bellucci, Maria Callas: Letters and Memories.

As part of the tour of the mayor of Istanbul in Athens, tomorrow Wednesday at 11:30 a visit will be made to the Ancient Agora, while then Mr. Imamoglou will visit -accompanied by the mayor of Athens- the area of ​​Syntagma Square and the Zappeion, to see the urban regeneration projects that are taking place in the area. At 16:30 there will be a visit to the exhibition "Portals" of the Organization for Culture and Development NEON at the former Public Tobacco Factory in Lenorman, while Mr. Imamoglou will leave on Wednesday night for Istanbul.

The Prime Minister is going to New York tomorrow, while a series of important meetings started yesterday at the UN headquarters. Nick Dendias, who on the sidelines of the Convention  has already briefed EU foreign ministers on the latest incidents of Turkish delinquency in the Aegean, focusing on the harassment of a research vessel east of Crete.

He left open the possibility of a meeting between Kyriakos Mitsotakis and him Recep Tagip Erdogan, on the sidelines of the General Assembly the government spokesman Giannis Oikonomou. "If such a request is made, it will be considered diplomatically and I think it will be answered positively" he stressed.

In this light the Today's reception by the Prime Minister at the Maximos Palace of the Mayors of Istanbul and Athens is of particular importance as Mr. Ekrem Imamoglou, who represents the Republican People's Party of the main opposition, is an extremely popular politician with increased influence. defeated by the ruling AKP party in the municipality of Istanbul.

Mr. Imamoglou came to Athens at the invitation of the mayor of Athens, with whom he had met last March in Istanbul. The foundations for a cooperation relationship between the two cities were laid there, while they also signed a relevant memorandum.

Now, with this meeting, Athens is practicing city diplomacy, helping the foreign policy of the Mitsotakis government.

Of course, a key element in the whole affair is the political message that Greece sends to Turkey as Mr. Imamoglou is considered to be the most worthy political opponent of Tayyip Erdogan. It should be noted that the current Turkish president started his political career as mayor of Istanbul.

Syria: Damascus blames Israel for the death of a former lawmaker

Syria today accused the Israeli army of killing Madat al-Saleh, a former member of the Syrian parliament who had served a sentence of 12 ...
Read more
WORLD

Agrinio: Preventive evacuation of the settlement due to the rising water level in Lake Lysimacheia

The Municipality of Agrinio proceeded with the preventive evacuation of the settlement Kamaretseika Zevgaraki, due to the rising water level in Lake Lysimacheia. At the same time, her engineers' ladders ...
Read more
984

KINAL: G. Papandreou mediated contacts with all the candidates for a coordinated course

George Papandreou undertakes a mediation, unifying initiative with all the actors and candidates in the Movement for Change. For this initiative of the former Prime Minister George A ....
Read more

The measure of the "Clean Ring" in the center of Athens comes into force on October 25. As decided at an inter-ministerial meeting under the Minister of State, ...
Read more
IT HAPPENS IN ATHENS

In a city where at least 40% of the inhabitants rent a house, the issue of the rapid increase of rents is definitely a headache for many ...
Read more
NEWS

The rainfall in Attica from the bad weather "Ballos" was strong, causing a multitude of problems in the city of Athens. According to the records of the network of automatic ...
Read more