Barcelona: Towards the… exit, Kuman 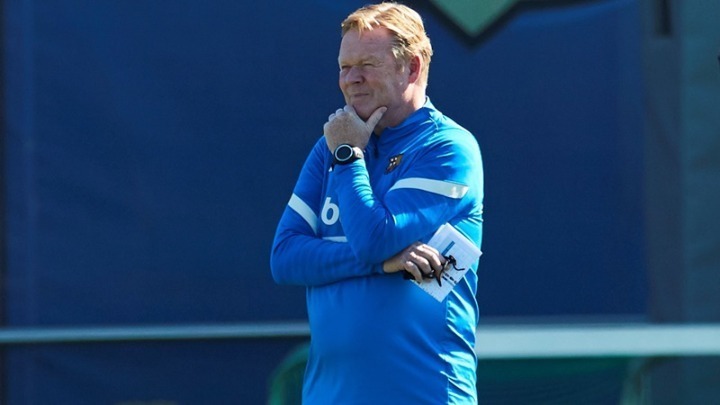 The new bad appearance of Barcelona and the draw with Granada has brought cracks in the ranks of the club and it is not excluded that there may be developments in the club soon.

The Spanish media once again sharply criticized Roland Kuman for both his choices and the bad image of the "blaugrana". In fact, they report that the Dutch coach is counting down, as the management of Barcelona does not want to give him another year.

The start of Barça in the league and Champions League is worrying and the leaders of the club have already started the search for a replacement. Xavi is reportedly the first choice.

The English couple was located in Kamena Vourla

The mountaineering team of the 3th EMAK was looking for more than 7 hours, as well as firefighters from Fthiotida, a pair of English tourists who "disappeared" in ...
Read more
GREECE

Kozani: Schools are closed today due to a failure in the district heating pipe of the city

The Prime Minister, Kyriakos Mitsotakis, is expected to answer a topical question about the pandemic at 10 in the morning. The question was submitted to the Parliament, the leader ...
Read more
News Bulletin Athens 9.84

Additional measures and interventions to alleviate households from the wave of price increases that hit the global economy, announced the government spokesman, Giannis Oikonomou. Between...
Read more
SPORT CITY

AEK is stormy, in its first Gianniki, 3-0 against Atromitos

AEK prevailed, easily 3-0 Atromitou with 3-0 in OAKA in the maiden match of Argyris Giannikis on its bench. Neither the interruption due to Nationals, nor ...
Read more
SPORT CITY

Super League: The panorama of the 6th game

Olympiacos with El Arabi at the top

Olympiakos did not impress with its performance in Ioannina, but defeated PAS 2-1 thanks to goals from Agibu (17 '), El Arabi ...
Read more

Art Athina returns digitally but also in physical space: through the digital platform Art Athina Virtual 2021 and with the exhibition in ...
Read more
IT HAPPENS IN ATHENS

The 4th Municipal community in the area of ​​Kolonos was today at the center of the cleaning and disinfection operation by competent teams of the Municipality of Athens, in ...
Read more
IT HAPPENS IN ATHENS

October 17, World Poverty Day, is dedicated to the struggle of all those who find it difficult to cope in their daily lives. THE...
Read more
IT HAPPENS IN ATHENS

The residents of the area of ​​Patissia remain on foot after the demolition, three weeks ago, of a listed building on the Drakopoulou estate by the owner of ...
Read more
IT HAPPENS IN ATHENS

The measure of the "Clean Ring" in the center of Athens comes into force on October 25. As decided at an inter-ministerial meeting under the Minister of State, ...
Read more